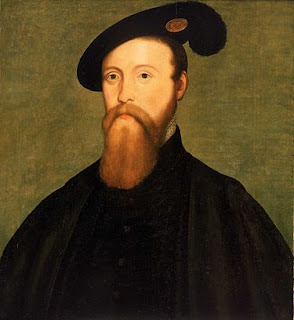 On this day in 1549, the execution of Thomas Seymour.
He had been questioned on the 18th of February about his role in plot to kidnap Edward VI, this was followed by a bill of attainder seven days later and his death almost a month later.
Elizabeth I said of him 'Today died a man with wit and not much judgement'
You have to question then why Catherine Parr married him?
Posted by Andrea Povey at 22:30